What Makes Shades of Earl Grey So Deliciously Different?

When you picture tea leaves, large petals of blue flowers don’t usually come to mind. But that’s what makes Shades of Earl Grey so special. Since this tea is one of the most popular in the shop, I thought I’d introduce it to anyone who’s not familiar with this rich, robust, unusual tea that’s become a staple in my house as well as many of my regulars here at Mad Hatter.

Even without the addition of those mysterious blue flower petals, Earl Grey tea is already something special. Start with premium black tea from the best tea-growing areas in the world. Then, oil of bergamot is added for an intense, citrus flavor. Finally, it’s the cornflowers that make this tea different- that’s where the blue color in the loose tea comes from – actual cornflowers!

But hold on- back to that second ingredient – the one that makes Earl Grey tea what it is in the first place: Oil of Bergamot. That might need some explanation, too.

And… What’s ‘Oil of Bergamot’?

A bergamot looks like something between a lemon and an orange and tastes that way, too. Some might rightly compare the bergamot to a sour orange but it’s actually a hybrid of sour orange and lemon.¹ They grow in Morocco, France, and Italy but most of the bergamots grown for commercial purposes come from a specific area of Italy (Calabria) on about 7,500 acres known to produce high-quality bergamot fruit.¹

They grow in Morocco, France, and Italy but most of the bergamots grown for commercial purposes come from a specific area of Italy (Calabria). There, they are grown on about 7,500 acres known to produce high-quality bergamot fruit.¹

Bergamot is what gives Earl Grey tea its distinctive unusual aroma and taste: slightly exotic, pungent, and simply wonderful on the taste buds.

Finally, About Those Blue Flowers

They’re cornflowers, actually, and they are the ingredient that separates this tea from other Earl Greys. The cornflowers give this tea a “creamy” taste, according to For Tea’s Sake, the folks who blend and distribute this specialty tea for the Mad Hatter. I just think the cornflower petals make it the smoothest cup of tea ever. How about you? Have you tried Shades of Earl Grey yet? 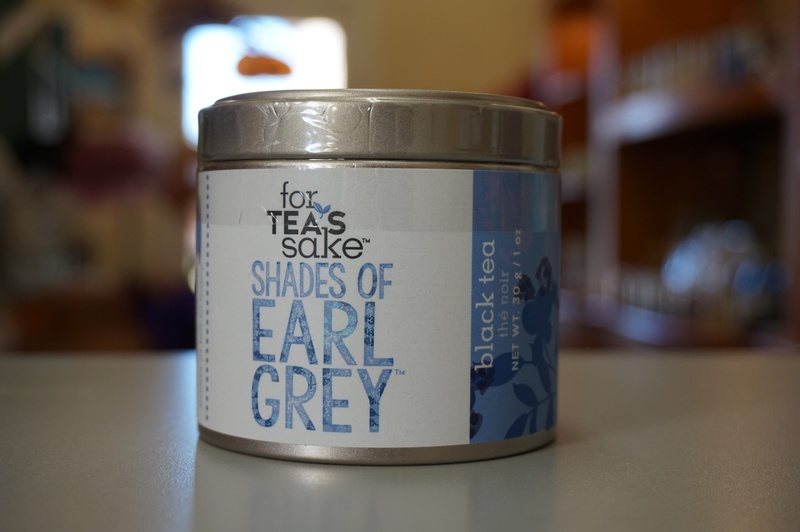